This short story is for Danny B, who wanted Chandler to do some more research and find something to entice his Sully. Only, things don't go how Chandler wants. Or so he thinks.

How the hell did he even click on this site? This wasn’t what he wanted to search.

“Stupid mad Tumblr messing up a simple search on sex,” Chandler muttered as he tapped the table three times with his fingers.

Chandler felt his eyes pop and bug out.

“Eeewww! Ick! What? No. No. No. God in heaven, no!” he said to the screen and his jaw dropped at the next section. “I did NOT just see that.”

“Eeewww!” Chandler screamed, slammed the laptop shut and leapt out of the chair. He did a crazy wiggling dance in the vast great room as he brushed his hands down his arms. He wanted to get what he saw out of him and off his body. “Eeww! All that slime and goop… Eeeewww! I’ll never get that out of my brain.”

“What would you like to get out of your brain, love?”

Turning at the sound of Sully’s deep timbre voice, Chandler bounced on his toes and pointed at the misleading laptop. “You don’t want to know what I saw. I don’t want to know. Now I can’t get it out of my head.” He shuddered and rubbed his hands down his arms. “Eeww. Eeww. Eeww.”

There was a crooked but confused grin on Sully’s face when he returned in Chandler’s view. Since Sully wasn’t at a construction site, he remained perfect. And clean. While a sweaty Sully had a different quality, a clean Sully was far better. Chandler breathed in the tea-tree shampoo and wash he found and how the scent clung to Sully.

Even after all these months of dating and living with him, Chandler still couldn’t believe he had a lover as handsome and gorgeous as the one standing in front of him. He was the crazy one. Lost in his issues, rituals and stuck in numbers, he was the one who never looked up and jumped. Until Sully came into his life.

When Sully placed his wide calloused hands on Chandler’s hip, he settled down and calmed his erratic busy mind swirling around the goop and slime. Chandler tucked a couple of his fingers into the front belt loop of Sully’s jeans. He tilted forward and rested his forehead on Sully’s broad chest. He tapped his fingers three times on Sully’s lower belly with his other hand.

Chandler felt the rumbling in Sully’s chest as he spoke. He lifted his head and tilted back to meet Sully’s steady stare. He noticed it contained some curiosity about what he saw, but he didn’t press Chandler with loads of questions.

He made a moue of disappointment and said, “I need brain bleach.”

“Sorry , love, but I don’t think you that in your arsenal of cleaning supplies.”

“It figures I would miss that one.”

Sully traced light circles on Chandler’s lower back. He kept his touch simple to work with the multitude of Chandler’s issues. From the moment they met, Sully accepted and worked with Chandler’s issues and didn’t try to change or alter him. Though, with Sully’s care, Chandler had found most of his problems lessened. No longer caught within the rituals or processes like he had been when he lived alone in Manhattan, Chandler could breathe and enjoy life.

Since Sully shouldered his way into Chandler’s life, Chandler knew he was truly living life and looking forward to a forever with Sully. It took Samuel calling him to beg and plea to fly south and help him. This one decision planted him in front of Sully Tarleton. It was the best decision of his life.

“What put you in such an agitated state, Chandler? Samuel and Malcolm aren’t here in our home, so it can’t be something they did,” Sully asked as he guided Chandler to the sectional sofa. He stretched his legs on the chaise lounge, tugged Chandler with him and tucked him close to his side.

“I was only doing some simple research. Went to one site, then another that led me to Tumblr. Holy. Shit. That place is temptation and evil. Have you seen it?” Chandler brought his head up to look at Sully as his eyes widened with memory of what he saw. “All those moving gifs, animations and pictures. Holy. Shit.”

Sully flushed and shrugged. “If you follow the right folks, it can be paradise for a single gay male.”

“No, it was another link from Tumblr that I clicked on for an online magazine or something. When it opened, it wasn’t anything I expected.” Chandler swallowed and straddled Sully’s thighs. He rested his butt back on his feet. “Oh. My. God.”

Sully chuckled, but held still under Chandler. He tilted his head to look at him. “Go on. What did you find?”

“It’s this crazy alien thing. It’s a flexible tube with a funnel at one end. You stick it up your butt.”

“Oh no. Not kinky in a good way. That wasn’t the horrendous part.”

“Okay, a flexible tube up your ass isn’t the problem. What was it?”

“You shove a freaking gelatin formed egg through the tube and into your body. What. The. Hell. It was slimy and gooey and a freaking egg! An egg!”

Sully smothered a chuckle as he paused in his circling fingers around Chandler’s hips. He raised an eyebrow and studied Chandler. “Love, how did you get to a site that shows the Ovipositer?”

“I told you Tumblr led me down the dark rabbit hole. Wait—” Chandler shook his head and held up his hands. “How the hell do you know what that thing is called?”

“I work in construction, love. We’re a loud, lusty bunch like an older frat house. This wasn’t the worse thing they shared over the years. From your reaction, I take it you stumbled upon one of the videos.”

“Holy. Shit! The video had this guy playing with this thing on a table. He shoved the eggs in the bottom and squeezed with his fingers to mimic your butt until it plopped out.” Chandler worked his hands in the fashion the man did on the video. “There was all this sticky goo and slime. Like the worse case of an oversize bottle of lube exploding all over you.”

“All that slimy goop. That egg thing is huge! Huge! Why the hell would a sane man want to shove that up his ass and let it lodge in his gut? I mean… Come on. It’s not designed to birth anything but poop!”

Sully laughed. Hard. So much he almost sent Chandler tumbling off his lap and the lounger. Chandler managed to save himself from falling like an idiot. He punched Sully in the shoulder. Three times to satisfy his OCD.

Sully held his hands up as a plea for no more. Tears streamed down his face. He wiped them away as he worked to catch his breath. “Damn, Chandler, my love. You and that crazy noggin. I love you so damn much,” he said as he sat up and embraced Chandler against him.

The movement dragged Chandler closer to Sully until their interested cocks, trapped behind layers of cloth and jeans, met. He moved his hips in a way that got Sully moaning and cursing. It took a while to find this hidden gem within Sully that if taken to a certain point, he loses all control of his mouth and curses a storm in between pleas for more. The finding also happened when he moved his life and blended it with Sully’s vastly different style. To satisfy his OCD, he took control of all cleaning and Sully backed away without an argument. Though, after he spent the time to alphabetize the spice cabinet, it never failed that he would find it deliberately rearranged. He knew it was Sully’s way of teasing and letting him know he loved him. Quirks and all.

“Hold those hips,” Sully said as his hands clamped on Chandler’s ass.

“What? Why did you stop?” Chandler said on the edge of a needy whine.

“What kind of research were you doing?”

Chandler flushed and ducked his head to look away, but Sully didn’t let him.

Chandler let out a harrumph. “Sex research. Ways to seduce your man.”

Sully blinked. The rest of his face remained blank.

“Love, you had me when you walked off that plane swathed head-to-toe from all possibilities and touch. You opened yourself in so many ways since that meeting. You let me into your heart.” Sully cupped the side of Chandler’s face in one palm. “There’s no reason to seduce me. I’m already yours.”

“Well, you know I certainly appreciated the one about hand-jobs and your careful explanation,” Sully said and grinned at him.

Chandler flushed at the thought of that memorable heated moment in his office where he jacked Sully for the first time. At least the article was right. “I wanted something like that, but more to surprise you. Instead, I found gooey slimy eggs shoved up your butt. Crazy alien shit. How long would you be stuck on the toilet shitting that egg back out?”

Sully chuckled and shook his head, not dare going there to answer the question. Instead, he dug his fingers into Chandler’s butt and shoved him forward to press their cocks together. He nibbled along the length of Chandler’s neck. When he got to the one spot that made Chandler squirm and plea, he suckled on the flesh and added a little extra bite.

Sent into a pleasurable high, Chandler moaned and grabbed handfuls of Sully’s shirt to hang on. He would have a grand old hickey on his neck. While he was proud to show off the love marks his man gave him, he would have Samuel, Malcolm and Dorian razzing him. He pointed out their love-bruised marks and beard burn to even the playing field.

“Trust me on this, love. You don’t need anything to seduce or surprise me in bed. No articles, toys or even gooey eggs. All I need is to look at you, know you hold my heart and how much you love me back,” Sully said, his timbre tone low and deep in Chandler’s ear. “You, my Chandler, are all I need to get me going.” He nipped at Chandler’s neck. “Like the Energizer bunny.”

Chandler chuckled at the old reference. Truth though, they could spend a weekend going at it like bunnies. They made sure to stock up on food to nibble on in bed and put their phones on silent. The rest of the weekend was all theirs to enjoy.

Sliding his hands down Sully’s body and around his back, Chandler took advantage and captured Sully’s mouth. He kissed him hard and deep, lost in those beautiful words. While their mouths moved, he tucked his fingers under the cushion behind Sully’s butt. Finding the prize, he pulled it out and tilted back, breaking the kiss.

Sully’s eyes widened when he dangled the lube bottle between them.

“Wanna have a little whoopee?”

Perhaps this time his research went way wrong this time, damn Tumblr, but he figured there was always another chance to surprise his lover. A little more sex research never hurt anyone. 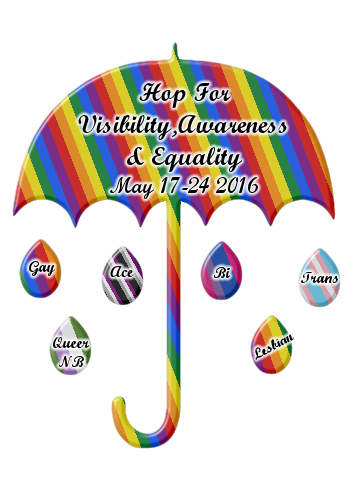